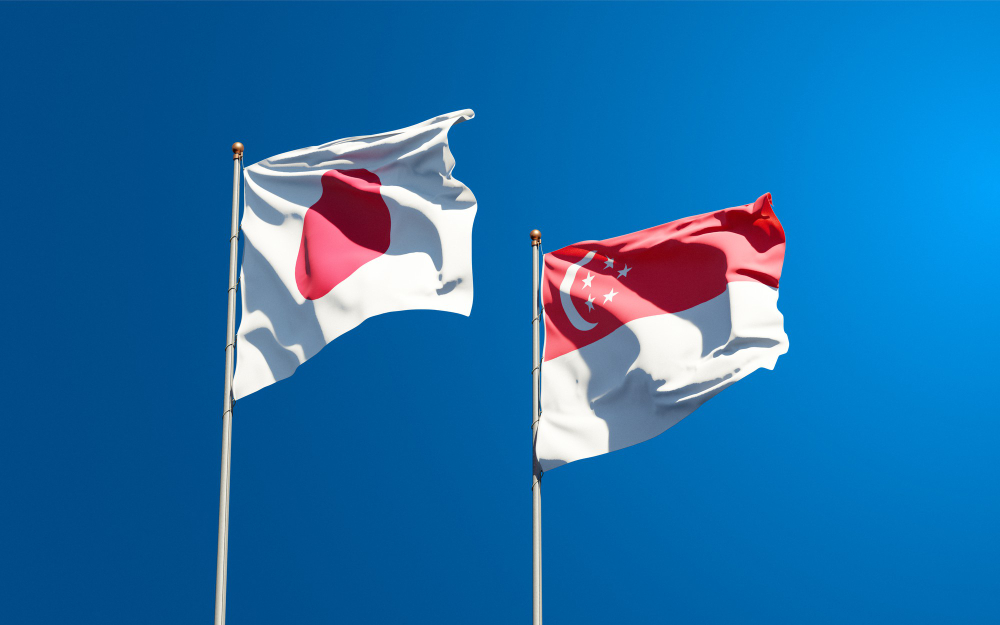 What’s in the article?

The World Bank Doing Business Report in Japan vs Singapore

The World Bank annually releases reports comparing the ease of doing business in 190 economies. Countries are ranked based on a DB score, where the higher the DB score, the higher the rank. Singapore currently scores an 86.2, while Japan scored a 78.0.

The World Bank also ranks countries depending on certain factors, like the ease of Registering Property, and Resolving Insolvency. The ranks span across multiple countries, where 1 is the highest rank a nation can achieve. Singapore ranks 1st in Enforcing Contracts, while Japan ranks 3rd in Resolving Insolvency.

The World Bank ranked Singapore second overall for Ease of Doing Business, making it one of the most business-friendly nations in the world. This is partially due to Singapore's Accounting and Corporate Regulatory Authority (ACRA) making it simple for business owners to establish and run operations there by offering grants and tax incentives.

Japan has the third largest economy in the world, right behind the United States of America, and China. With a GDP of 539,071.6 billion Japanese Yen, Japan has one of the most well-developed economies in the world. Japan ranks 29th on the Ease of Doing Business by the World Bank.

Singapore is the top location for establishing foreign companies, particularly given that it is accessible to the global market. With tax advantages, ease of incorporation, government grants, and other benefits, ACRA offers incentives to foreign investors wishing to enter the Asian market.

Japan is well-known for being a high-tech country, with the majority of its population having disposable income for premium, and high-class products. However, Japan traditionally relied on paperwork, and the global pandemic has forced many corporations to suddenly shift to digital. The global pandemic has affected Japan negatively, causing a 4.7% decrease in GDP for 2020.

Both Singapore and Japan have relatively young labour forces, with the latter being known for having highly-skilled workers in both literacy, and numeracy. In fact, Japan has the lowest illiteracy rate among the working force - at 9%. Singapore does not fall far behind, with two-thirds of the population working white-collar jobs.

The majority of the documents and procedures involved in the incorporation process in Singapore are accessible to all local and foreign business investors via BizFile+. In Singapore, the majority of enterprises are incorporated within 1-3 business days.

Through BizFile+, interested entrepreneurs can submit the requirements to incorporate in Singapore, and ACRA examines the applications for approvals. To speed up the process, corporate services companies like WealthBridge can help you file the necessary documentation, and ensure the information provided are legitimate and true.

Filing requirements in Japan, however, necessitates the foreign investor, director, or manager to apply for a 4-month manager visa, or investor visa to register their company. From there, the investor must gather, submit, and notarise the articles of incorporation. They must also secure a corporate or company seal to conduct business in the country.

Foreign entrepreneurs and specialists entering Singapore may apply for an Employment Pass, or EntrePass, which are granted by the Ministry of Manpower in Singapore. Japan, on the other hand, offers the Start-up Visa to attract foreign investors looking to set up companies in the country. They also grant 4-month Manager Visas, and Investor Visas.

The Singaporean government has launched the Intellectual Property (IP) Hub Master Plan - a 10-year project aiming to protect IP rights. Japan protects IP defined as "in which thoughts or sentiments are expressed in a creative way, and which falls within the literary, scientific, artistic or musical domain," and IP are automatically protected by law, even without formal declaration.

The bureaucracy system in Singapore is known for being efficient, with the majority of procedures, registrations, and applications being handled in 3 to 5 working days. Singapore is still regarded as one of the best economies in Asia, leading the rankings of 12 economies in the area, despite some limitations and delays in the country's bureaucracy.

Bureaucrats in Japan are hired from only exclusive universities, ranking high in their classes. As such, Japanese bureaucracy is generally efficient, with many of the processes and registrations handled swiftly and fairly. However, most forms are written in Japanese, which may make it difficult for foreigners to apply for registrations, permits, and compliance.

The World Economic Forum conducts studies on Global Competitiveness in various countries, scoring them on several factors. Singapore scored 84.8 out of 100, making it the most globally competitive nation in the world. Japan does not fall far behind, scoring an 82.3 out of 100, and ranking 6th overall in global competitiveness.

Why Do Business in Singapore?

With little language obstacles and administrative burdens, Singapore's policies and incentives tempt foreigners to visit the country for business prospects. Even compared to a highly-developed economy like Japan, foreign investors and entrepreneurs will find that doing business in Singapore has additional benefits and perks.

Check out our explainer on why you should incorporate in Singapore here.